Sign up to our newsletter to get the latest on living wage and income
Need help?
World bank, 2020
Poverty headcount ratio at $6.85 a day (2017 PPP) (% of population)
19%
Population below international poverty line

Equivalent to 1,212 Brazilian Reais per worker per month.
WageIndicator Foundation, 2022

The population of Brazil is around 212 million people.[1] The country is highly urbanised with 87% of its population living in cities[2] and only 13% in rural areas.[3] Agriculture accounts for 5.9% of Brazil’s GDP[4] and it is estimated that 9% of the population is employed in this sector.[5]

Since the 1970s, the number of large-scale, commercial farms has continued to increase, and smallholders are estimated to account for 20% of all farmers in Brazil. Nearly 45% of Brazil’s agricultural land is held by the largest 1% of Brazil’s farms; a reflection of the structural problem of land distribution in Brazil.[6] 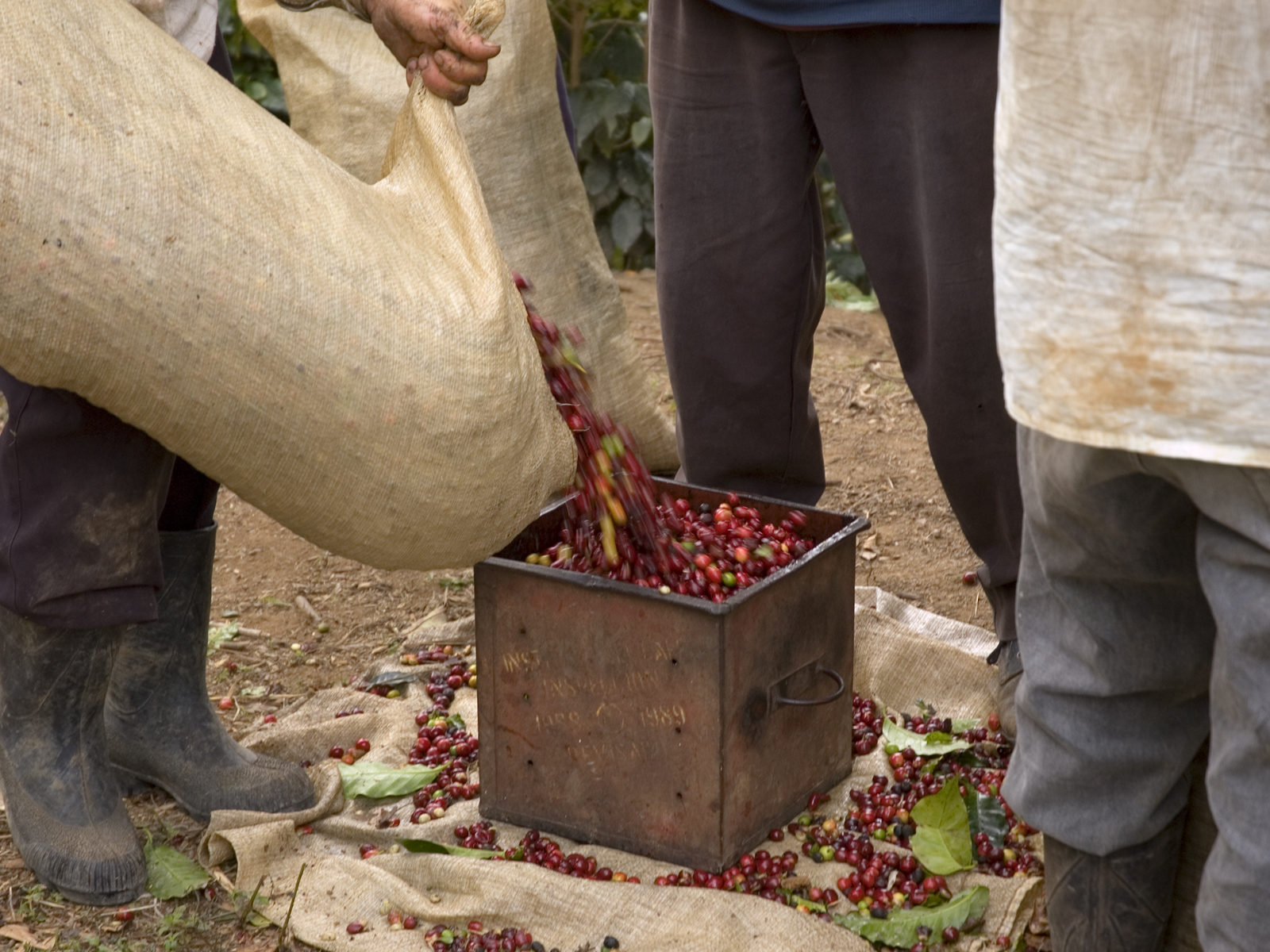 In Brazil there is a government mandated minimum wage. As of January 2022, the general minimum wage for Brazil is 1,212 Brazilian Reais  (190 EUR) per month.[1]Employers who fail to comply with the national minimum wage are subject to punishment by the government, however, thus far such penalties have not been proven to be successful in ensuring employer compliance.[2]

The Global Living Wage Coalition has developed 2 Living Wage Benchmarks based on the Anker methodology, one for Minas Gerais, rural Brazil and one for São Paulo State, non-metropolitan Brazil.

The Global Living Wage Coalition has estimated the living wage for Minas Gerais South/Southwestern Region of rural Brazil to be 2,522 Brazilian Reals per month (396 EUR). This number is based on a family of 4 with 1.71 workers.[3] The living wage benchmark provides context in the rural coffee growing regions of Southern Brazil. The Minas Gerais Southern and Southwestern mesoregion is the world leader in coffee production and is responsible for 24% of Brazil’s coffee production, most of which is exported.[4] Accordingly, the living wage report uses prevailing wages in the coffee sector for comparison with the estimated living wage.[5]

The Global Living Wage Coalition has developed a living wage benchmark for the non-metropolitan areas of São Paulo State in Brazil. The estimated living wage, to afford a basic but decent standard of living for a family of 4 with 1.68 workers, is 3,091 Brazilian reais (485 EUR) per month[6]. The living wage benchmark focusses on the citrus belt region, but is applicable to all workers living in the non-metropolitan urban areas of the State of São Paulo. The State of São Paulo is one of the main economic hubs of the country, concentrating 33% of the national GDP. It is responsible for 75% of orange production in Brazil and approximately 60% of the world exports of orange juice.

Issues of land distribution are prominent and historical in Brazil. The Landless Workers’ Movement was founded in 1970 to advocate for land rights for peasants and smallholder farmers. Between 1995 and 2010 the government of Brazil redistributed more than 80 million hectares of land to farming families. However, even with this large-scale redistribution effort issues of land access are still widespread today. While smallholders defend their right to land, large plantations account for more than 6 million hectares in Brazil and are a major source of displacement and resource conflicts. After the 2016 election of President Bolsonaro many public policies designed to support smallholder farmers were reversed. Hence, many smallholder families in Brazil are still waiting for land reform to redistribute land to them.[1]

In response to the COVID-19 pandemic, the Landless Workers’ Movement in Brazil launched an emergency agrarian reform calling for the immediate creation of jobs and the production of food to ensure income and dignity for families in Brazil.[2]

Brazil is one of the top ten worst countries in the world for workers, with nearly 30% of workers involved in precarious employment. Regressive work laws and violence against union leaders have gained prominence in recent history.[1] Union, peasant, and indigenous leaders have been threatened and, in some cases, murdered in response to their resistance to unjust working conditions, industrial agriculture and agribusiness.[2]

In 2004, a national federation of trade unions (FETRAF-Brasil) was launched. It represents more than 50,000 family farmers and 600 unions at a municipal level. Collectively, they are working to secure the rights of smallholder farmers by focusing on land reform, improving working and living conditions of family farmers, securing employee rights, social policies, agrarian reform and gender and generational relations.[3] [4]

In Brazil, employment discrimination against women, indigenous people, LGBTQI and people with disabilities remains high, despite labour laws and regulations prohibiting this discrimination. On average, women earn less than men and have more difficulty obtaining jobs. Only 56% of women in Brazil have paid jobs.[5] In agriculture, the gender gap in access to land is very large, with less than 13% of farms run by women. Similarly, the average agricultural area worked by women is less than half the size of their male counterparts. This situation constrains women’s economic position and independence.[6] In addition, sexual harassment of women and violence against LGBTQI individuals are a serious concern and laws are frequently not enforced.[7]

Child labour is prominent in Brazil, with the highest rates of child labour occurring in the North and Northeast regions of Brazil. According to the 2016 National Household Survey, approximately 1 million children between the ages of 5 and 17 are engaged in child labour.[8] More than 50% of working children below the age of 14 are engaged in some type of agricultural work, including the production of coffee, cashew, citrus fruits, bananas, cocoa, and more. In 2018, the ILO reported 8,000 children working on the production of cocoa in Brazil.[9] The Ministry of Labour is in charge of enforcing child labour laws, however due to minimal funding, low penalties for violators and the inability to enter private farms and homes, much child labour is unable to be addressed or enforced. [10]

Leave your contact information and message below and we will get back to you quickly. You can also send us a mail at info@align-tool.com

Receive our bi-monthly newsletter with the latest developments on living wage and income.

Sign up for our newsletter to gain access to living wage and income data for more than 40 countries. You will receive a download link after confirming your subscription.

Sign up for the ALIGN newsletter to receive the free Living Wage & Living Income Dataset for more than 40 countries.