Sign up to our newsletter to get the latest on living wage and income
Need help?
World bank, 2015
Poverty headcount ratio at $1.90 a day (2011 PPP) (% of population)
31%
Population below international poverty line

not by law
National minimum wage

Ethiopia has a population of roughly 112 million people[1] with 79% living in rural areas[2] and 21% living in urban settings.[3] Agriculture is central to the Ethiopian economy, assuming  67% of the workforce[4] and representing around one third of Ethiopia’s GDP.[5]

In the last decades, agriculture’s share of the GDP has shrunk significantly.[6] Even so, agriculture employs approximately 66% of the Ethiopian workforce[7] and plays a pivotal role in the life and livelihood of most Ethiopians. Approximately 74% of the country’s farmers are smallholder farmers with an average farm size of less than one hectare. Smallholders are responsible for most of the agricultural production in Ethiopia, yet about 67% of Ethiopian smallholders live below the national poverty line.[8]

Ethiopia has no national minimum wage. Yet some government institutions and public enterprises set their own minimum wages. Public sector workers have minimum wages ranging between 420 (9 EUR) to 1,172 Ethiopian birr (25 EUR) per month. These minimum wages vary based on position rankings and starting versus ceiling salaries.[1] The government of Ethiopia has generally not been effective in enforcing labour law when it comes to wages. Worker's health and safety are not protected to a satisfactory level in many industries, especially in the domestic and the informal agricultural sector. In addition, wages in the informal sector are so low that workers cannot even have access to bare necessities solely relying on them[2]

The Global Living Wage Coalition has developed a Living Wage benchmark based on the Anker methodology, for non-metropolitan urban Ethiopia, Ziway region which focuses on the floriculture sector.

The living wage estimate for Ziway Region (non-metropolitan urban Ethiopia) is 4,847 Ethiopian Birr (102 EUR) per month. This estimate is based on the cost of living for a family of 5 with 1.65 workers per family. The region of Ziway, is one of the areas of Ethiopia with the largest share of foreign investment concerning the flower industry. Flower farms are a  source of attraction for mostly internal migrants searching  for better working conditions. This influx of migrants however,  has been a source of socio-economic changes in the region, which strongly affect worker's living costs. The prevailing wages of flower workers in the Ziway Region were estimated to be 2.5 to 3 times lower than the  living wage benchmark.[3] 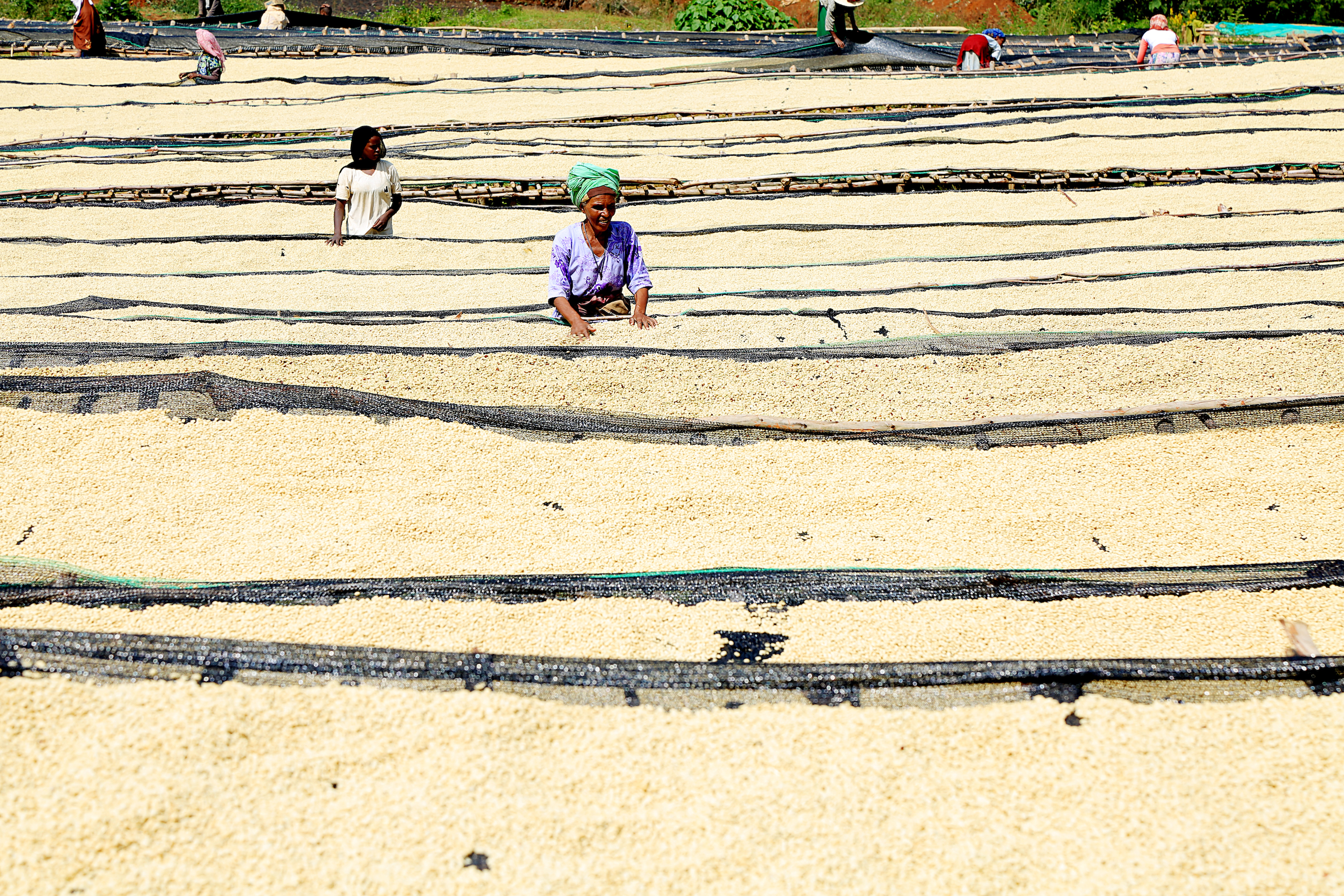 Hazardous working conditions, discrimination and limited rights exist across the agricultural sector. In the floriculture sector, temporary and seasonal jobs are the norm, and long working hours and labourers’ exposure to dangerous pesticides are prevalent.[1]

The ITUC Global Rights Index, which assesses workers’ rights violations, gives Ethiopia a score of 4 out of 5, based on systematic violations of labour rights[1]. The ITUC index describes the legal impediments to fully ensure the right to organize, the right to collective bargaining, and the right to strike in Ethiopia. For example, Ethiopian law restricts workers’ rights to join the trade union of their choosing.[2] In recent years, Ethiopian workers have been arrested for striking and deprived of the right to form and join trade unions[3]. The government and companies are engaged in serious efforts to crush the collective voice of workers putting fundamental rights under continuous threat.

To better understand the labour law in Ethiopia, visit the NATLEX, a database by the International Labour Organization (ILO) or Ethiopia’s labour law information from the WageIndicator Foundation.

Employment discrimination against women is severe. They tend to have fewer employment opportunities than men, and the wage gap between men and women is stark.[4] In the flower industry, where most of the workforce is female, women are placed in lower positions where they experience discrimination. In addition, 85% of female workers have experienced sexual harassment.[5]

According to a 2015 survey, nearly 16 million children aged 5 to 17 are engaged in child labour.[6] Agriculture is the dominant sector for child labour, with children engaged in planting and harvesting apples, bananas, coffee, cotton andkhat, and herding livestock and fishing. Worst forms of child labour are reported in the cattle and gold industries. In addition, children who harvest and sell khat are at risk of addiction to the stimulant. Ethiopian law does not set a compulsory age for education, leaving children vulnerable to the worst forms of child labour. [7]

Program to improve the position and labour conditions of women workers in global supply chains of flowers and vegetables in East and Southern Africa.

Towards a Living Wage

An analysis to close the living wage gap of workers producing roses in Kenya, Ethiopia and Zambia.

Promoting living wages for workers in the floriculture sector in Ethiopia, Kenya and Tanzania. By Fairtrade International, Fair Flower Fair plants and Hivos; co-funded by IDH (2014-2016).

Leave your contact information and message below and we will get back to you quickly. You can also send us a mail at info@align-tool.com

Receive our bi-monthly newsletter with the latest developments on living wage and income.

Sign up for our newsletter to gain access to living wage and income data for more than 40 countries. You will receive a download link after confirming your subscription.

Sign up for the ALIGN newsletter to receive the free Living Wage & Living Income Dataset for more than 40 countries.